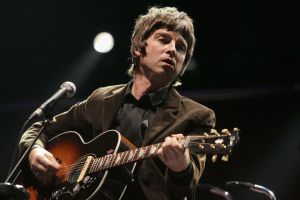 Ok, I know a couple of fanatics out there that were waiting for this one since a while, so there you go, mad for it, this week Liberation’s artist of the week: Noel Gallagher and this is why: