Hello song of the dayers,

So today I give you a band that I found at the start of the year. Their name is The Chap. A North London mix of rock and pop.
These cheeky little buggers have kept the blogs talking furiously for the last two albums.
After 4 albums and 8 years of existence the band came out with a rather bold new album of We Are the Best a pure act of being wilfully obscure.

A greatest hit album? The band was in no way big, not in commercial terms or indie. So we had to accept that this was them just being provocative.

And so as all music bloggers were outraged with the arrogance I want to give them the credit of being longer term planners.
Because to come back one year later with an awesomely tongue in cheek album called We Are Nobody and album cover like this: 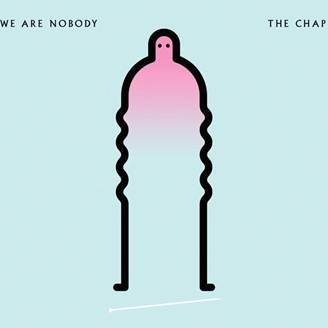 Can only be pure brilliance if it was planned all along. Let’s give them the benefit of the doubt.

So anways let me give you this weird and wonderful tune – my favourite off this strange album.
I love it so much for that wonderful background noise after the chorus – have a listen around at 1:27.
If someone can tell me what is that instrument I would be awfully thankful.

Here is What did we Do:

2 thoughts on “Song of the day: Wrote you a letter, I’d soon regret”