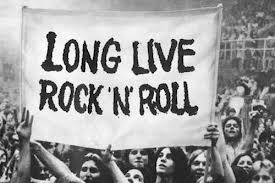 Geneva confirms itself as the black hole, the most depressing place in Switzerland if you like live rock with very few concerts in the next 6 months, Zurich is rather the place to be! Many interesting bands will be performing on the Limmat shores and the end of winter-Spring period is going to be hot if you like Indie Rock!

Why can’t a Komplex 457 exists this side of the “roestigraben” as well?

While we wait for this dream to come true the closest thing we get to rock is the Caprices Festival in Crans Montana, Valais. The line-up this is year is MEGA and this is our selection:

Closer to us time-wise comes the Anti-Gel Festival and here we recommend:

The Liberation’s Gigs Selection for Switzerland:

In bold our preference, you might meet us there! Let us know if we missed anything!

Most tickets can be found here: www.ticketcorner.ch

Hey Hey, My My, play hard, rock hard (live hard) even in the cold Switzerland

3 thoughts on “Events – The Liberation Gig Recommendation for Switzerland!”