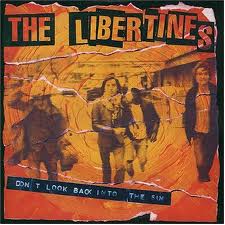 The story of this posts probably starts more than 40 years ago, when music wasn’t available for free on the internet. It was a time where to be known and get famous you had to rely on singles. 45rpm (7″ vinyls). After you had released 2-3 hit singles you had the right to record a full long playing album (12″- 33rpm). The Beatles, The Rolling Stones, The Kinks, their myth started this way. If you look at their discography you will discover that a good number of their best songs wasn’t released on any original studio album but surely you will find it in most best of or compilations.
The importance of singles (as physical, buyable item to own in your record collection) diminished gradually with the time and their decline coincides with the rise of the CD at the end of the eighties/beginning of the nineties to almost disappear with the arrival of the internet, iPods, spotify and free/illegal download.
This post is dedicated to those singles that for a reason or another never made it to an album and were released as self standing hit singles. Some of them became anthems for that particular band’s fans, some other are little lost gems that only a niche group of fanatics or collectors remembers and enjoys. This is for the lost art of making music fans happy releasing a great song unexpectedly in between albums. This is for those bands that were so excited about the song they wrote that couldn’t wait for the next album to be ready (or simply wanted to make some money in-between… :-))
For simplicity we split our Top 10 in two episodes. In this first chapter we share our Top10 of the best non album singles of the last 23 years, from 1990 to 2013 and as you will discover the quality of the ranking is mind-blowing, the selection was tougher than ever.

Hey Hey, My My, rock’n’roll will never die!