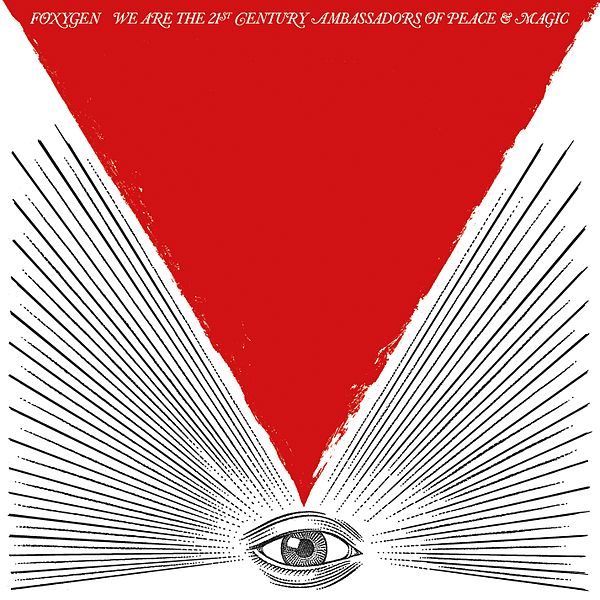 NASTY Tuesday!!! We are on a roll of discovering great bands this year! After Temples 2 weeks ago we go with another psychedelia indie rock band which is raising attention around the world: Foxygen. The California duo formed in 2005 when Jonathan Rado met with Sam France creating a retro-rock influenced by a wide range of vintage bands from The Stones or The Kinks to the 60s psychedelia. You will find all these sounds in their 2nd studio album:  We Are the 21st Century Ambassadors of Peace & Magic  that was just released on  January 22nd .

The song we picked is the title song of the album: “We Are the 21st Century Ambassadors of Peace & Magic” a song that gathers all the psychedelic influences of the band and makes you wanna take out from the closet your parents’ flower-power shirts and spend the day in a green field looking at the clouds wondering how to make the world a better place to live.

We highly recommend to enjoy the full album, starting from the single “Shuggie” or “San Francisco” that sounds like a stolen gem from the Kinks’ “We Are the Village Green Preservation Society”.

It’s Nasty Tuesday, forget that we are still 4 days away from the week-end, play the song, close your eyes, you are in Woodstock, it’s 1969, everybody is dancing, the air smells like weed and the world wants you to make love, not wars.

Hey Hey, My My, psyco rock will never die

2 thoughts on “NASTY TUESDAY! The Indie Rock Weekly Survival Kit! Free to live, free to do what I want. Go out and get it”