An interview with BRMC is like their new album, a fine balance of light and dark. We were lucky enough to interview with Robert Levon Been (Voice and bass) and Leah Shapiro(Drummer) last Thursday before their concert @Caprices Festival in Crans-Montana. During our 20 something minutes chat we spoke about life, festivals in ski resorts (looking at the Alps from the window), politics, and obviously music, with their new album released today. Rob and Leah were from traveling, still very approachable and nice as they answered our questions. We had fun, there was a lot of laughing next to more introspective moments. All this in our first exclusive band interview here at The Liberation by Indie Nation. Click here to read our concert review!!

The Liberation: At the Liberation we are long time fans of BRMC, since we saw you live for the first time in 2002 @Reading Festival. How did BRMC changed since then?

The Liberation: Is it your first time @Caprices?

The Liberation: Do you keep counting the concerts? How many did you do since the beginning? 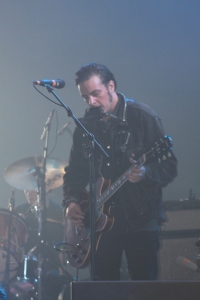 The Liberation: Do you remember the 1000th?

The Liberation: what would you say about the new album? (Apart from the fact that for the first time the cover it’s not black and white)?

The Liberation: What about the music? It looks like this album is very balanced between R’n’R songs (Teenage Disease) and ballads (Lullaby):

The Liberation: On our blog we play a game every week where we publish the Indie Rock Weekly Survival Kit, every day has a  different theme and we start with Fuckin Monday. What song would you pick to show the middle finger to the working week that starts?

The Liberation: You recently worked with Dave Grohl for his Sound City Project writing a song with him. How was it?

The Liberation: Was it the first time you were meeting him?

The Liberation: Talking about festivals, as an artist, what festival do you prefer playing or would you recommend us to go?

The Liberation: what are the bands that mostly influenced BRMC’s music and sound?

The Liberation: I guess there were not many teenagers listening to the Stone Roses in California at the time!

The Liberation: What new bands are you currently listening to in the tour bus? Anything to recommend to us?

The Liberation: What would you have done if you didn’t create or join BRMC? 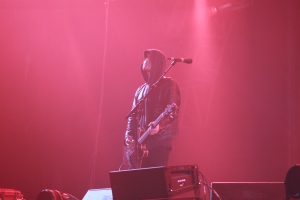 The Liberation: is there any role for politics in your music?

The Liberation:  very often in your live sets you play 1 or 2 covers from older artists as Bob Dylan or the Pogues, why?

A huge thanks for making this happen to Alexandra, Caprices’ Press Officer that despite the cancellation of the Killers the day before and the stress of the festival has managed to secure our interview and allowed us to meet with one of our favorite bands.
Hey Hey, My My, because music is our time machine!
Supersonik 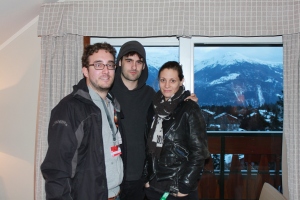