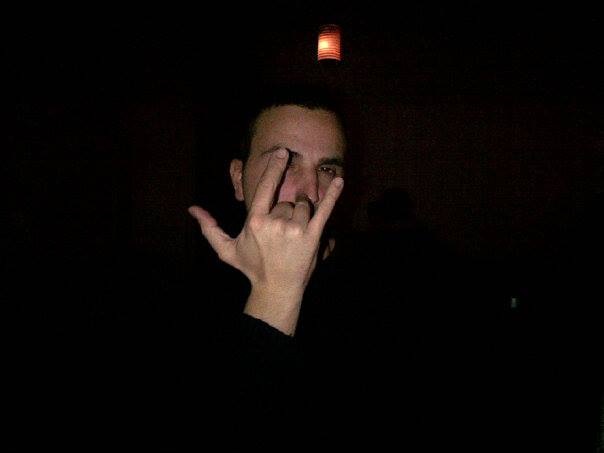 If you allow us, for once we take a pause from our weekly routine to say goodbye to a friend. Augu aka DJ Augu who left us on Saturday.

All of a sudden, no exaggeration, a generation of inhabitants of the region of Bellinzona, Tessin, woke up lonelier.

All of a sudden one of the main (and only) actors of the night and day life of the city was not among us anymore.

All of a sudden the creator of so many events, concerts, parties, bars or restaurant had gone organizing even better events or concerts in even greater bars in heaven.

Because Augu is going to the heaven of those who invested their life to offer his close friends , his community, the people and an entire generation of bellinzonesi good moments, in good company with awesome music.

The music genre didn’t matter, obviously Augu grew up as a rap DJ, but he was a lover of music of all types, he proved it supporting many of the young bands that grew up in the region playing rock, punk, metal and obviously rap @ Peter Pan.

Augu was one of the few cultivator of the musical art in the region and there was a full generation today in Bellinzona to say goodbye to one of his favorite and most appreciated members.

That’s in the end the biggest learning that Augu leaves with us. He touched our lives. He DID. And he DID a lot. He tried, restlessly to have a good time and share it with his closest friends but as well with the community of young guys like us that gravitates around his bars and the Peter Pan in particular.

Probably the best way we all have to honor his memory is this one: reapply his constant willing to DO, to try, to dare to change the destiny of the night and day life of the city of Bellinzona about which we talk so much these days.

He offered all of us good moments with friends, great life-long memories with an awesome soundtrack. The ceremony of today was one of them.

For all of this we can only say thank you to Augu.

“Thank you and goodbye DJ Augu, you’ll be missed.”

To testify Augu’s love for music, his brother asked to dedicate him songs instead of RIP. We hope we didn’t offend anybody spending a few word to remember him.

Here we go Augu, this is from The Liberation.