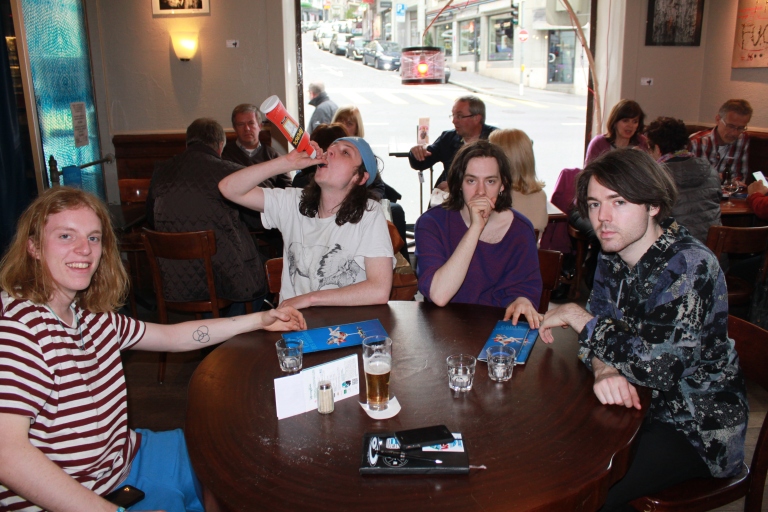 As anticipated during this week’s Indie Rock Weekly Survival Kit (read here: Fuckin Monday, Electric Thursday, Sweet Classic Friday) we have met with PEACE when they visited Lausanne back in May (read here our concert review).

In-between the sound check and the concert the full band spent some time with us for quick chat @Bleu Lezard cafe in Lausanne. They were tired from a long night our in Zurich (with an heavy post-concert party to celebrate the tour manager birthday) but we had some good time together.

This young band of fellas is conquering step by step the indie rock world in a very natural, not-too-planned way. Despite their clear hangover we talked about music, from The Who to the Spice Girls passing by The Beatles, on top of beer, girls, mushrooms and internet.

The Liberation: looks like you had some good time in Zurich last night, isn’t it?

The Liberation: what was the secret? Is there any magical formula to move from nothing to the cover of the NME?

(A moment of break followed this answer, while all of the 4 band members started counting and calculating if they could have played together for more than 10000 hours together already as The Beatles examples from the book “Outliers“)

The Liberation: what was the best moment so far?

The Liberation: we’ve heard a lot of things about what band influenced your sounds, now you can tell us the truth, what bands really inspired PEACE?

The Liberation: what’s the psychedelic defense league?
The Liberation: I read in an interview that you wished for a world without internet, wasn’t internet important for the band to break through?
The Liberation: how do you write songs?
The Liberation: do you want to play the Indie Rock Weekly Survival Kit game with us?
The Liberation: Last questions on summer festivals, you are doing pretty much any festival on earth this summer, is there one you are more looking forward than other?
Thank you very much to the band for giving up some of their time to answer our questions, one wish from us: “stay as young, surrealistic and organic as you currently are, and the world, will be at your feet.”
Hey Hey, My My, Peace, Love and Rock’n’Roll
Supersonik 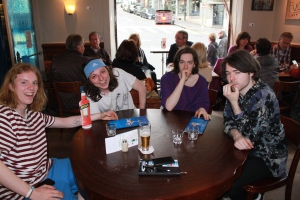 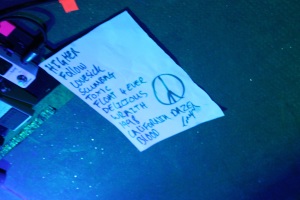