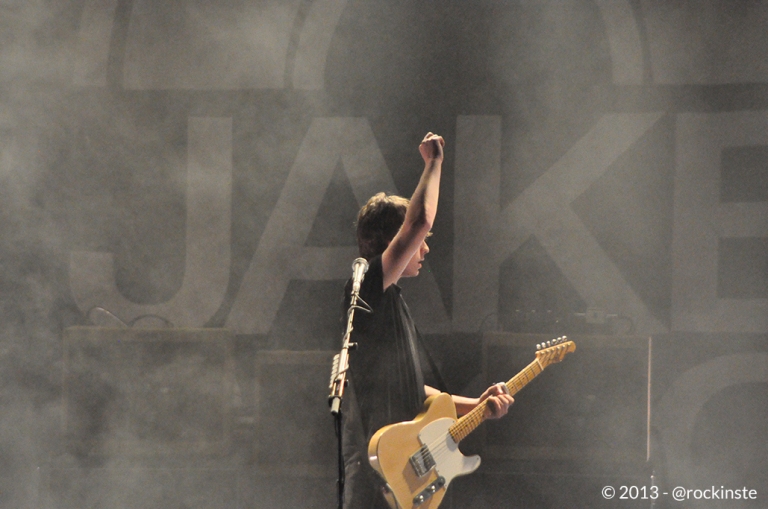 The Liberation is expanding to Milan and we couldn’t have thought of better collaboration than getting the most musical-rock’n’roll-savvy couple I know: Ema and Ste. After the great write-up on Primal Scream, here they share their review and pics from Jake Bugg‘s gig in Milan 2 days ago. Enjoy:

Jake Bugg is young. At least as much as his audience that overfilled the Alcatraz 2 nights ago. But he’s clearly intended to grow up very fast, without burning too many milestones, hopefully.

It was already clear this summer, when in just 3 years he has risen from rags to riches: from Glastonbury 2011 BBC introducing stage to the Pyramid stage in 2013 on top of supporting the Rolling Stones at “British Summer time Hide Park“. What a whiz kid! And to be honest he deserves it.
The folk-rocker wowed his audience starting with the new “There’s a Beast and We All Feed It” then jumping from song to song across the eponymous debut record and the new Shangri La: from the upbeat “Seen It All” to the hit “Two Fingers“, through the acoustic ballads “Country Song” ending with the new single “What Doesn’t Kill You” before having a little break. 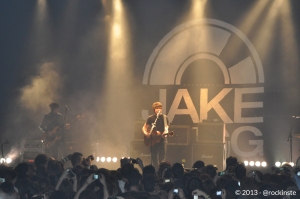 What immediately leaps to the eyes from this mixed set list is the big difference within the 2 album: the first one is impulsive, genuine, unripe but already so overwhelming (it was love at first listening for me), while in the second album he’s getting dark, quite sad and melancholic. Surely less engaging in the beginning. It could be just because of the cumbersome production by Rick Rubin (lots of knees tremble to this name), famous and often criticized for excessive compression and loudness of his productions. Or maybe, as some gossip starts to say, the bloody music business is very hard especially when you’re not even 20. 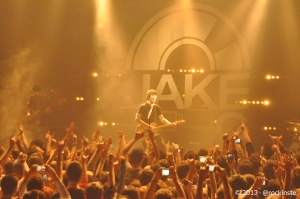 Anyway he gave a tear-jerker encore with “Broken” and paying homage to his mentor Neil Young with the timeless “My My, Hey Hey“, which most of the public didn’t even know, young age in this is case not an excuse!!! The show ended with a bang with the country mood of “Lighting Bolt“.
He’s a great songwriter and his voice is very catching and unique however, he still has some opportunities to improve his stage presence gaining confidence with the stage and the raised hands of his fan. You’re not in you’re little room in Nottingham anymore, Jake. Don’t be afraid, don’t be shy, people love you! 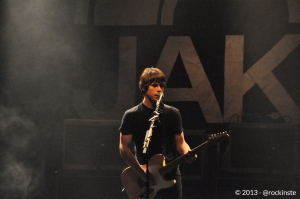