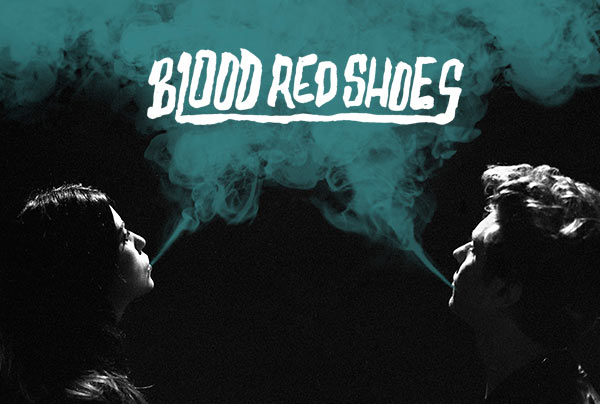 This week we will publish the interviews I did at Caribana Festival in Nyon back in June with Blood Red Shoes, Polar Circles, Kodaline, Bastian Baker and Jan Oliver. Stay tuned!

The first interview I did at Caribana Festival was with Steven Ansell of Blood Red Shoes on 4 June 2014. I went to the backstage and we sat on a couch one next to the other. A friendly lad, down to earth and not at all boasting his popularity, he agreed to have a chat with me despite being jet-lagged. The other half of Blood Red Shoes, Laura-Mary Carter was absent since she had to recover from the jet-lag in order to be in perfect shape for the concert so she was excused. Thanks to Steven for the nice chat, it was very much appreciated and thank you to the Caribana Festival crew and Musik Vertrieb for arranging the interview 🙂 You can check out the concert review here.

The Liberation: Your last album is self-titled Blood Red Shoes. Why did you choose this title? Is it because it reflects your music the best?

The Liberation: You said it is your best album so far, in which way?

The Liberation: So you’re not thinking about the next record yet?

The Liberation: How does it feel to play this album live?

The Liberation: I’m looking forward to hear it and see it!

The Liberation: How did the choice of Berlin as a recording place affect your work?

The Liberation: Do you come up with the lyrics or with the music first?

The Liberation: Was it in Brighton?