This was a truly special Monday! I got to interview Kelly and Richard Jones in the afternoon and then I saw Stereophonics gig at Les Docks! What else do you need on a Monday? Let’s see how the audience was treated! 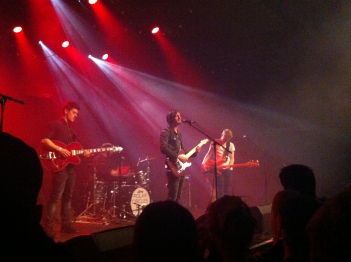 Polar Circles look older, more mature and also their music does! More rock, a greater space given to experimental riffs and the singer’s voice has expanded its extension. They play a melodic rock with a style! Their guitar riffs get sort of melancholic with the vibrato effect, which also adds a touch of blues-rock. Their tunes are catchy and make the audience swing. When they play another song, the singer says this song is more rock. It is indeed, and gets all the audience clapping along.
Their great tune “Landmarks” is one of the last songs they play and one of the most appreciated, with the audience singing along to the refrain “Hey you, hey you”! Nice one!

Last year at Caribana Festival I interviewed singer Ian, you can find the interview here. And don’t forget to follow this great Swiss band they deserve it! 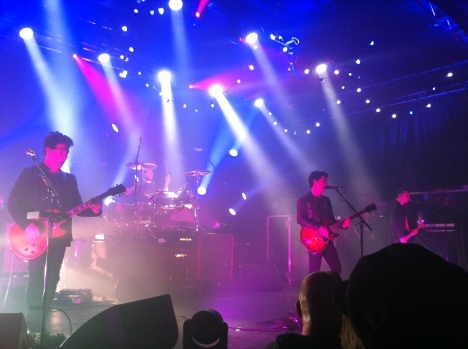 The ceiling of Les Docks’ stage is decorated with colourful garden light bulbs, the drums are elevated on a sort of tower station. The lights turn from blue to red and so on creating a colourful and amazing atmosphere.

Stereophonics open the concert with a song which seems to predict the purpose of the evening: “I wanna get lost with you”. ‘Cause yes, what the audience expects is that sort of fusion with the band, and with the music and the atmosphere they create, and so does the band. And Stereophonics have been around long enough to know how to make that special connection.

Their new tune “C’est la vie”, which sounds very old school with witty lyrics, is the second tune of the gig and catapults the audience right into their brilliant alternative rock world. This song has already become an anthem with its rock n’ roll sound, a touch of rebellious punk-rock and a refrain that sticks in your head. Singer Kelly Jones is backed up by bassist Richard Jones and by guitarist Adam Zindani who sing the backing vocals “We don’t belong anywhere”.

The stage lights are flashing white during a crazy instrumental bit in which the sounds get distorted and increasingly louder but still so attractive. Somehow there seem to be something beautiful and magnetic in musical distortion! A space is left also for drummer Jamie Morrison to show off his qualities by playing an impressive and powerful drums solo, tilting his head up and down and banging hard on the drums.

Stereophonics play many of their most incredible songs taken from their nine studio albums and spanning over more than 15 years of career. This is reflected in the audience, which is also pretty mixed and you can see people of all ages. Les Docks is really crowded tonight and also the terrace upstairs is full. The members of the band also look up and smile to the fans up there!

Singer Kelly Jones plays the piano for another rather slow new song “White Lies”, as he starts playing the public claps along to the rhythm. It gets all a bit more melancholic with the great “Maybe Tomorrow” where Kelly Jones’ husky voice is present in all its beauty.  “Just Looking” dates back to 1999, but still never gets old, it’s one of my personal favourite, so simple but so effective, and hearing it live makes it even more special.

To introduce one of the new songs Kelly Jones asks the audience to cheer as if it was a song they’d been listening to for the past 15 years. So the audience start cheering immediately and he says “No not so soon!”. Fun times! When the song eventually starts, screams and claps from the audience as if it were one of their oldest songs, make the band smile. Throughout the gig the band also claps for the audience when they sing along. 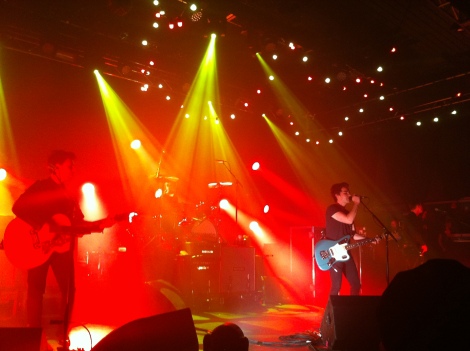 Before the encore Stereophonics delight the public with something very special, their blues-rock song “Been Caught Cheating”, taken from their 2013 album Graffiti on the Train, which also includes a great guitar solo by Adam Zindani, picking the chords with passion and concentration. By the way I totally agree with our chief editor Paolo @supersonik4 when in his review of Stereophonics gis for Teenage Cancer Trust he talks about Adam Zindani’s coolness. The guitars show off all the melody they have left to give. Kelly Jones sexy and whiskey voice proves to fit also to songs with a blues print where his voice extends more than usual.

They make their fans scream and wait a few minutes before they come back on stage to play some more songs. As many other bands do, they leave their most famous song for the end. Their “Dakota” fits perfectly, it makes the audience even more excited and gets them to jump and sing along. This song has an explosive mix, the riffs, the drums beats the voice all seems to converge towards something really cool and beautiful.

Definitely a band worth seeing live, and better if you get to catch them in their own headlining tour and not at a festival. They played for 1h45 and for a festival that would already be too much… and they proved that they are still on track with the younger bands out there who could for sure use some good advice from Stereophonics 😉