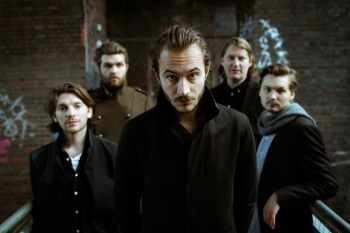 British indie-rock band Editors will make a stop at Les Docks in Lausanne on Friday 27 November 2015 to present their fifth album In Dream, which was released on 2 October 2015. Their last album is self-produced and its sound, although remaining dark, takes a new path with multiple instruments and the highlighted backing vocals like in the album’s lead single “Marching Orders” or the adding of electronic sounds and synthezisers in “No Harm”.

Their sound is dark and sort of melancholic, the baritone timbre of Tom Smith’s voice is unique and truly special. Editors will guide the listener through an unlit path patterned with dark guitar riffs and drums beats and where “all sparks will burn out”, to quote one of their greatest songs. Editors have also interesting and deep lyrics which combined with their sound create an alone of beautiful darkness.

I’ve never seen Editors live, it’s going to be a surprise and I’m really looking forward to see one of the best British indie-rock bands of the 2000s! And what about you?

The concert is sold out! So, see you at Les Docks you lucky ticket-holders 😉