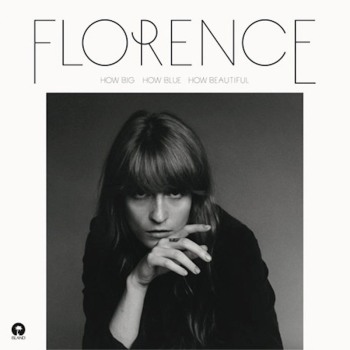 From their older tunes “Dog Days Are Over” and “You’ve got the Love” to their latest album British indie-rock band Florence + The Machine have gone a long way. They are captained by the charismatic singer Florence Welch who owns a magnificent voice and gives you the chills. Many of their songs have been remixed and probably made you dance during the past Summers on tunes like “Shake it out”. Despite the remixes Florence + The Machine remain indie-rock as they were born back in 2007.

They are back in 2015 with their third album How Big, How Blue, How Beautiful which comes four years after the highly acclaimed Ceremonials and is following its successful path. The lyrics always deep and the music patterned with various instruments like in the new song “Ship to Wreck” the new album promises to be awesome also live!

Florence + The Machine play one gig only in Switzerland at Hallenstadion in Zürich on Saturday 19 December 2015. Come and find some relief to the cold Winter in Florence voice and in this amazing band’s music. An absolutely unmissable concert, you better secure your ticket before they are gone! See you there 😉