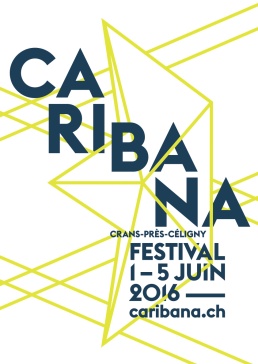 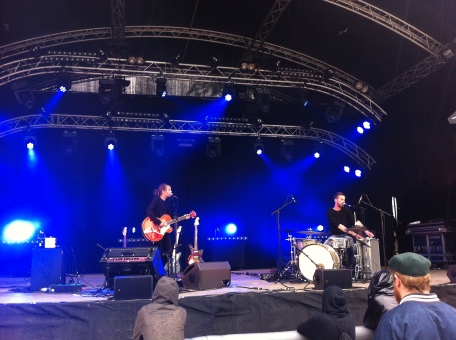 An angel-like voice which clashes beautifully with the heavy riffs and drums beats. Emilie Zoé is on stage as a duo with her drummer Nicolas Pittet. Alternative rock in terms of playing and singing but sort of art-punk at times. She screams and is very expressive. A beautiful voice which can serve rock well! 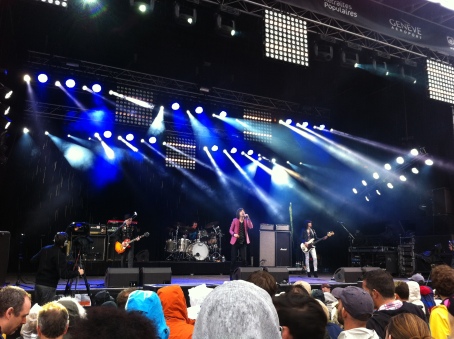 Scottish band Primal Scream brings to Caribana an electro-rock sound that although the band has been around pretty for a pretty long time still sounds fresh. Singer Bobby Gillespie, fancy dressed, jumps up and down on stage.

The concert ends abruptly around 8:10pm when singer Bobby Gillespie falls down the stage. Moments of panic because not many people seem to understand what’s going on. After a while he is brought away on a stretcher. Luckily the festival and media the day after report that he is well but still needs time to recover completely. We all wish him to get well soon! 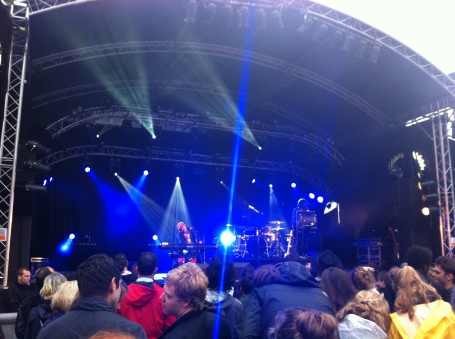 This Northern Irish guy has nothing but Sir Elton John as a mentor! His talent is noticeable from the very first notes he plays. That blues-rock guitar which cries out incredible riffs and his full hypnotizing and engaging voice. He also plays the piano beautifully. The audience tags along moving to the groove. As the rain comes pouring down he plays an amazing blues cover of “Purple Rain” by Prince to which the audience sings along.

Don’t get yourself mistaken when hearing his most famous song “Hold back the river”, it’s one of his slowest song and he is a true rocker in reality! Engaging and friendly with the audience James Bay puts on a great show. He has an amazing voice and a great charisma.

He is very entertaining with the public, who responds convincingly by singing along. His songs rock and his band does too, like in the intertwined guitar riffs. He also plays a beautiful cover of “Proud Mary” by Creedence Clearwater Revival, a nice jump bag in time. 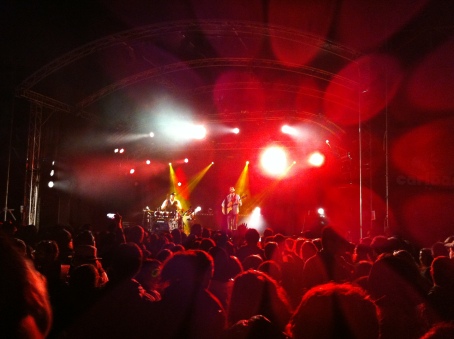 It may sound like a weird name for an artist but his broken back is what allowed him to start making music three years ago so this name is well deserved. Now Jérôme Fagnet‘s back seems to be in perfect shape because he can dance pretty well!

His music reminds me of the melodies of Milky Chance album Sadnecessary and the ways he sings is similar to that of Clemens Rehbein, the Milky Chance singer. Happy sounds which take you into a lovely trip. He plays an enchanting cover of Bon Iver’s “Skinny Love” rendering it a bit more groovy. 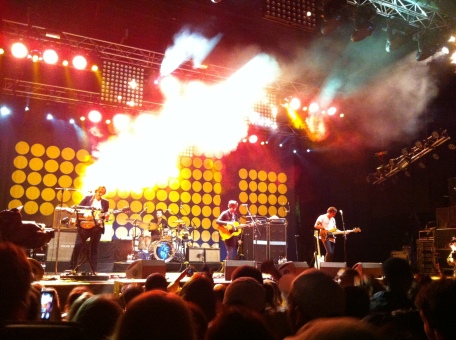 The Kooks kick off the gig with a sweet old song “Seaside” which sets the tide in. The waves following are a smart mix between older and newer songs. Since the band has been around a while and made four albums it is refreshing because they play songs from nearly ten years ago to more recent ones. Always faithful to that indie pop which made them famous, with Luke Pritchard’s modulated voice they bring a wave of happiness and freshness in this cloudy day.

They are engaging with the audience. The singer is wearing a cowboy hat mimicking James Bay. “Junk of the heart” is one of the newer songs that sticks easily in your head with its airy refrain.

They come back for an encore and suddenly the big fans know that one of the songs missing is “Shine On” and here it comes. Followed by the lovely and ever present “Naïve”.