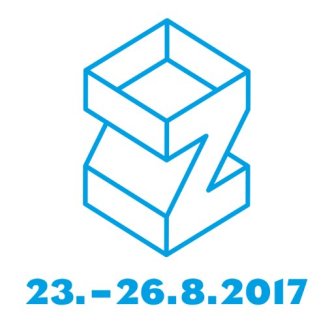 The sun is back for this third day at Zürich Openair! 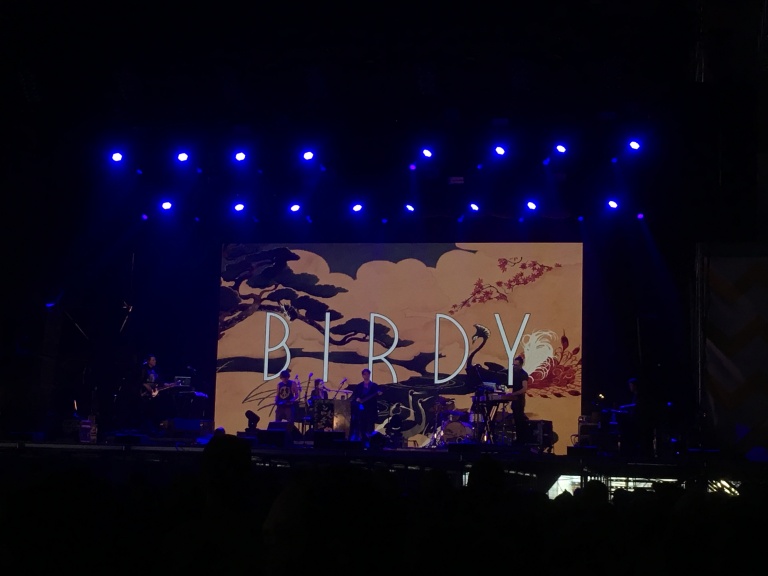 English singer Birdy comes to Zürich Openair with her band counting five members. She sits down and beautifully plays the piano. As soon as she starts singing she leaves the audience completely in awe at the hearing of her sublime voice. She plays the touching “People Help the People”, to which the audience sings along. Birdy plays the guitar for a few songs which are more folky and lively.

Towards the second part of the show she sits back on the piano and sings with her crystalline voice Bon Iver‘s “Skinny Love”, an outstanding cover that made her well known worldwide. She gives you Goosebumps. Her music is at a crossroad of soul and indie-folk and she impresses for the diversity found in her songs. 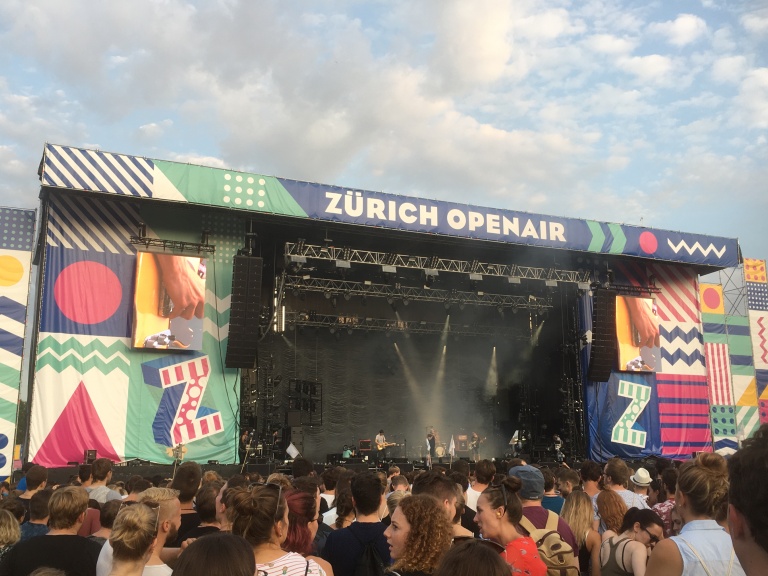 German band AnnenMayKantereit plays an addictive rock with a touch of folk here and there. They sing in German, the witty lyrics and the beautiful husky voice of the singer create a festive atmosphere. The singer also interacts easily and is friendly with the audience, putting the basis for a great show!

AnnenMayKantereit plays a great cover of Amy Winehouse‘s “Valerie”, it is the only song in English. Regarding my understanding of German their lyrics are also very interesting! Definitely a band worth checking out, even if you don’t know German the catchy rhythm will drag you into it! 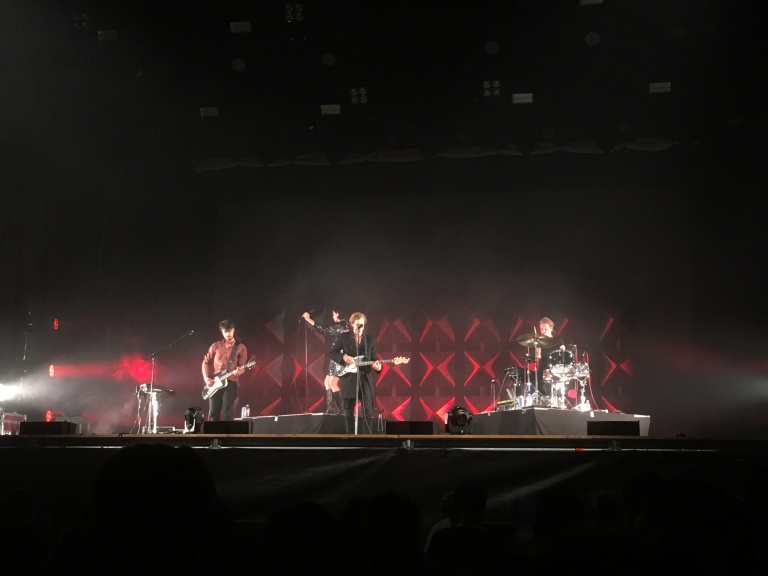 Warhaus is the side project of Maarten Devoldere, singer of Belgian band Balthazar, which played Zürich Openair in 2015. On stage with him there are a female vocalist, and two musicians.

Maarten Devoldere shows off his dandy looks. The music is enthralling, it’s a sort of bohemian indie-rock. The female vocalist takes the lead in some of the songs showing-off her voice and highlighting her sexy appearance. Warhaus has sort of a darker side that attracts you into the world the band creates through music. Definitely darker than Balthazar, the riffs here drag you into a spiral with no end lead by Maarten Devoldere’s voice. Go and listen to their first album We Fucked A Flame Into Being. 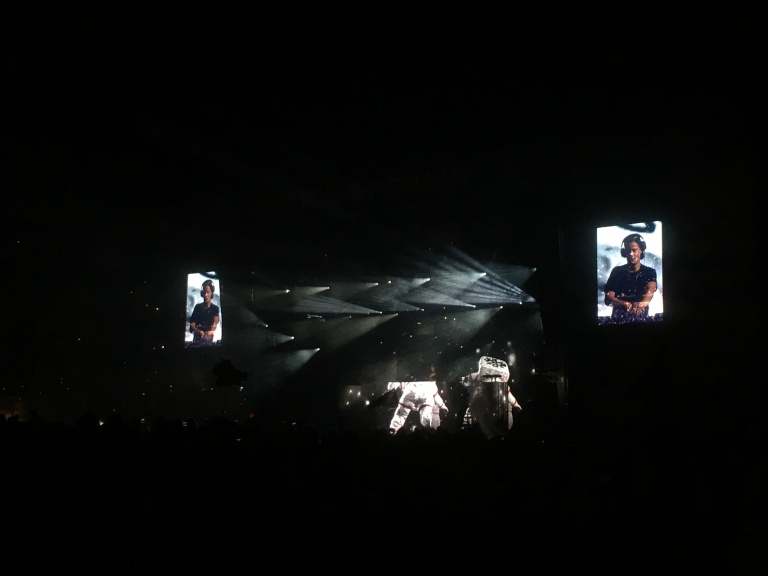 Young Norwegian DJ Kygo transforms Zürich Openair in a huge dance floor. Towering up from the square cube where is console is found he mixes his biggest hits as well as playing remixes. From his collaborations with Ellie Goulding or Selena Gomez he makes the audience dance on his electronic tunes. They seem all well known! The show is accompanied by video footage and images as well as crazy lights and fire.

Kygo is also an amazing pianist and towards the end of the concert he comes down from the cube and sits on the piano playing the opening notes of the outstanding “Firestone” which accompany the powerful voice of Conrad Sewell. An amazing moment which leaves me with a question, why doesn’t he drop the console more often to play the piano? 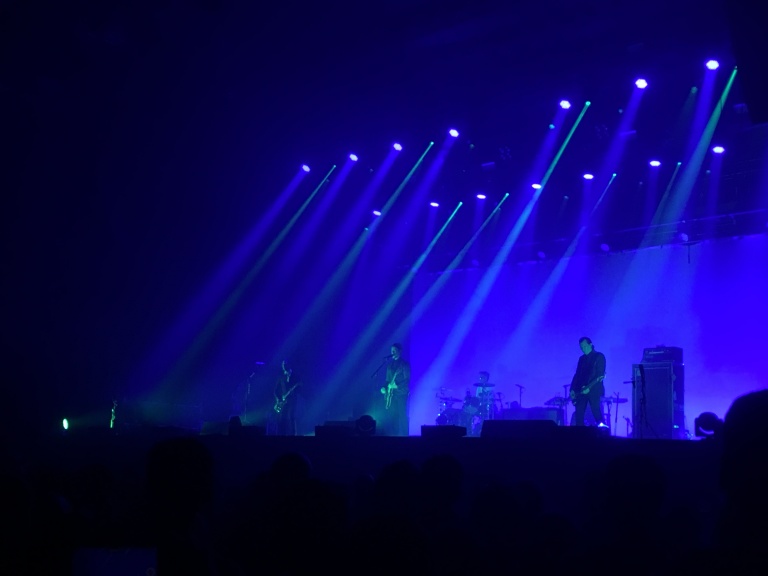 US indie-rock pioneers Interpol play a straightforward alternative-rock characterized by heavy riffs, an ever present bass line and drums. The deep voice of singer Paul Banks adds something dark but at the same time beautiful to their music. They deliver some cutting-edge instrumental bits which take you far away with the mind, following the mysterious sounds which shape up among the organized confusion created. 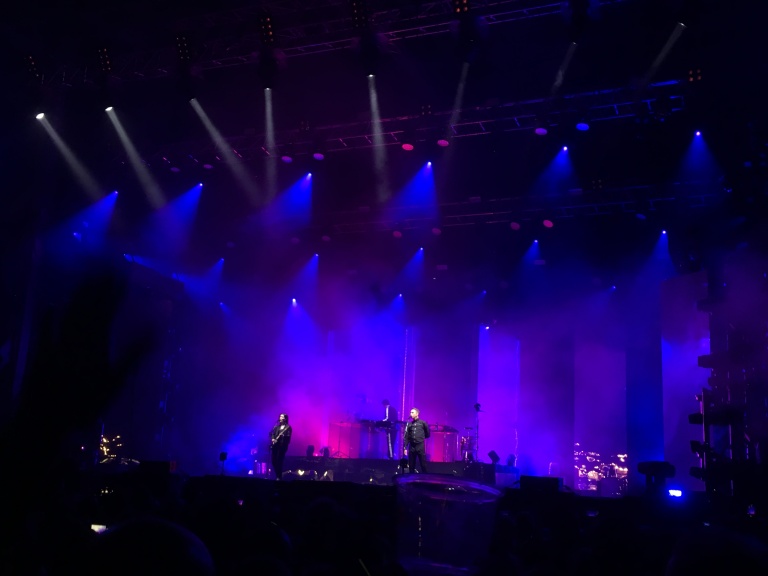 London indie trio The xx is one of the most awaited acts at Zürich Openair following the release of their new album I See You in January 2017. The band is composed by Romy Madley Croft (guitar and vocals), Oliver Sim (bass and vocals) and Jamie Smith (beats, MPC and production). It seems that during live shows the production of electronic beats has gained importance. Their live shows a couple of years ago were definitely more quiet! The xx open their gig with the beautiful instrumental song “Intro” taken from their first album xx and which with its powerful beats and outstanding chords sets the bases and welcomes the audience into their parallel world. They then continue with the amazing “Crystalised” with its unmistakable opening chords.

The changes and overlapping of Romy Madley Croft’s and Oliver Sim’s soft voices are one of The xx greatest strengths. They play quite a few songs from their 2009 debut album xx. Jamie Smith (aka Jamie xx) plays the MPC creating electronic beats as a background to the guitar and bass chords. The xx also play their new single “I Dare You” which is highly appreciated by the audience.

Towards the end of the gig they play the stunning “Shelter” in a more electronic way than usual, to which the audience sings along in the refrain. Both Croft and Sim get emotional following the positive reaction of the audience. They present another new song, “On Hold”, where Jamie xx has free fun on the mix table. They end the show beautifully with “Angels”, taken from their second album Coexist, leaving the audience wanting for more.

A day spent travelling through time and space among different types of indie and electronic music!